The 970 Lax Girls League will consist of 6 weeks of practices and 5 game weekends. During this time, players will learn the fundamentals of lacrosse and be able to develop their skills as a lacrosse play. 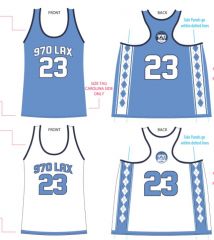